Carl Brechlin, 53, of Meriden, CT, devoted father and husband, business man and community volunteer, died unexpectedly while on a river running trip with friends and family members on the Potomac River in Harperís Ferry West Virginia.

He was born at Meriden Hospital on July 25, 1954, the son of Alfred Earl Brechlin of Meriden and Joyce Eileen [Foster] Brechlin. Growing up in South Meriden he enjoyed frequent childhood explorations and adventures along the banks of the Quinnipiac River which inspired a life-long love of nature and the outdoors. One of his favorite things as a boy was to lie in bed on warm summer evenings and listen to the sounds of freight trains rumbling by in the distance.

He attended Meriden schools and graduated from Platt High School in 1972. It was while he was in high School that he met, courted and won the love of his life, Mary Ellen [Deno]. The couple married in 1975 and always lived in Meriden where they raised four children.

After graduation Carl began his working life in the warehouse of Ryerson Steel in Wallingford. He eventually worked his way into the front office and into the corporate world quickly gaining the real-world experience and market savvy that propelled him up the corporate ladder on his way to becoming the chief financial officer for a variety of Connecticut firms including SKF Steel, Duamex, an international flower importer, and safety equipment manufacturer Sinco Sala.

Throughout his life Carl sought to give back to the community which he believed had given so much to him and his family. He is the former scoutmaster of Troop 10, the oldest continuously chartered troop in Connecticut. He is a former Deacon and Trustee of the First Congregational Church of Meriden and became involved at the board level with that institutionís Camp Claire which he attended as a youth and later worked at as a counselor. In recent years Carl enjoyed serving as a Lay Leader and Finance Committee member at the United Methodist Church of Meriden.He was an active member of the Meriden Chapter of Rotary International and was a member of the Greater Meriden Chamber of Commerce. He also served on the board of the Augusta Curtis Cultural Center in Meriden.

A long-time member of the Freemasons, Carl was a three-time Past Master of Meridian Lodge #77 and the Shrine as a member of the Sphinx Temple in Newington. It was while helping raise funds to Masonic charities that he founded and organized a series of antique shows which were a fixture for many years during Meridenís Daffodil Festival in Hubbard Park. The shows were a natural offshoot of Carl and Mary Ellenís interest in antiques. The couple began buying and selling antiquities as part of their cottage business, Nest Egg Antiques.

Eventually the focus of the business shifted to auctions and the company began operating out of a series of locations in Meriden with family members and close friends comprising most of the staff. Because of the family atmosphere and a belief that auctions should be fun, Nest Egg Auctions quickly attracted a legion of loyal devotees. ìItís auctiontainment,î Carl was fond of saying.

Carl attended advanced auctioneering classes and was a member of the National Auctioneers Association. As a professional auctioneer he was awarded the honorary title of ìColonelî a historical designation that arose shortly after the Civil War when officers of that rank were assigned the duty of auctioning off surplus military equipment.

It was during a series of corporate buyouts and plant closings several years ago that ìColonel Carlî and the family decided to take the plunge and begin operating Nest Egg Auctions full-time. The company has grown to occupy an 11,000-square foot gallery on Research Parkway in Meriden and includes a ìbuy-it-nowî store, and snack bar. The companyís auctions are frequently aired on local cable television and have also been featured on the network television show ìCash in the Attic.î After a brief hiatus the family plans to continue to conduct business as usual.

Among his many other interests were trains and model railroading specifically the New Haven Railroad. He and Mary Ellen also shared a zeal for collecting items from Meridenís past. Along with his passion for history and all things old, Carl never surrendered his love for the outdoors cultivated as a youth. For more than 20 years he organized regular semi-annual canoeing, camping and backpacking expeditions with family and friends to the rivers and summits of the northeast including Mount Washington, the Appalachian Trail, the St. Croix River, and especially Mount Katahdin in Maine where he also volunteered to help maintain trails around the high mountain campsite at Chimney Pond. Rare was the time that he passed by a stream or river and, in checking the water level, didnít remark ìit looks runable.î The outing group became known as the Moose River Camping Club in honor of their first river trip in Maine. Carl was on one of their groupís excursions, surrounded his brothers and by people he loved and who loved him, when he passed away while running rapids on the Potomac as a train passed by on the opposite bank.

Carl was predeceased by his son Blake, in 2004, his father Al, his grandmother Barbara [Roebuck] Brechlin and grandparents Carl and Patricia Foster. He is survived by his wife of nearly 33 years, Mary Ellen, his mother and stepfather, Joyce and Charles Parmelee of Bar Harbor, Maine, stepmother, Ruth Gregg Brechlin of Durham, his son Ryan and companion Christine Johnson of West Hartford, daughter Jennifer Soderberg and husband Adam of Meriden, son Christopher of Meriden and Harold Hedlund of Milford who Carl considered a son. He is also survived by his twin brother Earl Brechlin, and his wife Roxie of Bar Harbor, brother Dale Brechlin and wife Jane of Harperís Ferry West Virginia, sister Barbara Saunders and husband Doug of Rockland Maine, and sister Patricia Lane and husband Gary of Damariscotta Maine, and many nieces and nephews including Renee St. Hilaire of Middletown, CT, Fred St. Hilaire of Wallingford, CT, David St. Hilaire Jr., of Wallingford, Amy Kostka of Rockport, MA,. Kristin Saunders-Falla of Tenantís Harbor, Maine, Kelly Saunders of Rockland, Maine, Erica Powell of Bristol, Maine, Jason Brechlin of Laramie, WY, and Crystal Neher of Las Vegas, NV.
Memorial services were held on Wednesday, June 4 at 11 a.m. at the First United Methodist Church at 15 Pleasant Street in Meriden with Rev. Eric Henderson officiating. There was no wake. His ashes were scattered in the places he loved including Camp Claire, Katahdin, Acadia National Park and on the Moose River in Jackman, Maine.

To find out more about Carl and the type of man he was, be sure to read "Return to Moose River," by Earl Brechlin. In accordance with Carl's wishes there were no graveside services. In lieu of flowers donations in Carl's name can be sent to the Camp Claire Canoe Fund, 62 Colony Street, Meriden, CT 06450, or, the Shrinerís Children's Hospital, 516 Carew Street, Springfield MA 01104.

MERIDEN -- A gentle son, loving brother and sensitive soul was lost to this life on Friday, October 15, with the passing of Blake Aaron Brechlin of Sandy Lane. Born March 15, 1989, he was 15 years old.
Blake attended Ben Franklin and Thomas Hooker elementary schools, Washington and Edison middle schools. He was a sophomore at Maloney High School, where he particularly enjoyed the DECA program. He loved working as a counselor at Camp Claire in Hamburg Cove and with his entire family in their family business. He was fond of the outdoors and was an avid hiker and kayaker. He had an irreverent spirit and was happiest when he could make people laugh, which he did well and often.
At the age of 14, he underwent major spine surgery to correct scoliosis, a challenge that he conquered with tenacity, courage and strength. Visit the Shriners Hospital website here
He is survived by his mother and father, Mary Ellen and Carl Brechlin, brothers Ryan and Chris, sister Jen Soderberg. Uncles Earl and Dale Brechlin, John and Jim Deno, aunts Patricia Lane, Barbara Saunders, Muriel Urquizu, paternal grandmothers Ruth Brechlin and Joyce Parmalee and grandfather Charles Parmalee. He is also survived by his loving cousins Renee, David, Amy and Fred St. Hilaire, Erica Lane, Kristen and Kelly Sanders, Jason Brechlin and Crystal Haskett, as well as many other relatives and close friends.
A service of remembrance was held on Saturday morning, October 23 at 10 a.m. at the First Methodist Church, 159 East Main St., Meriden, across from City Hall. Interment was private. There will be no calling hours.
The family would appreciate any donations in his memory be made to Camp Claire, care of the First Congregational Church, 62 Colony St., Meriden, CT 06451, or to the Shrine Children's Hospital, 516 Carew St., Springfield, MA 01104 donate online 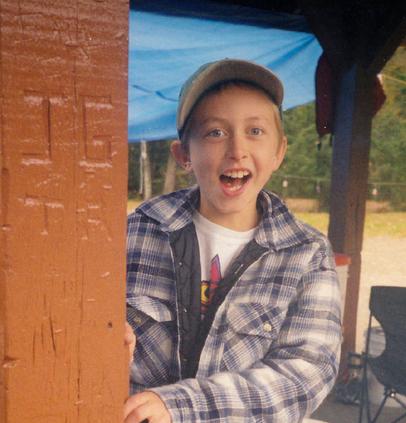 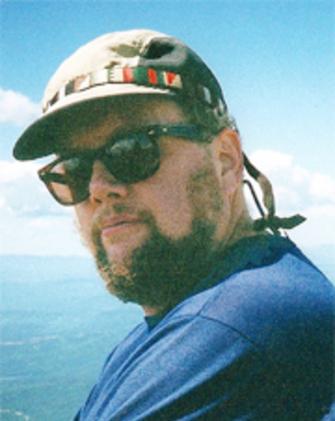